The Invisible Life of Addie LaRue is a historical fantasy fiction written by V. E. Schwab. She is the bestselling author of more than a dozen books. Her work has received massive praise and has been featured in the New York Times, Washington Post, and Entertainment Weekly. If you are interested in her fascinating work, consider A Darker Shade of Magic. Also, she has written another great book titled Vicious. 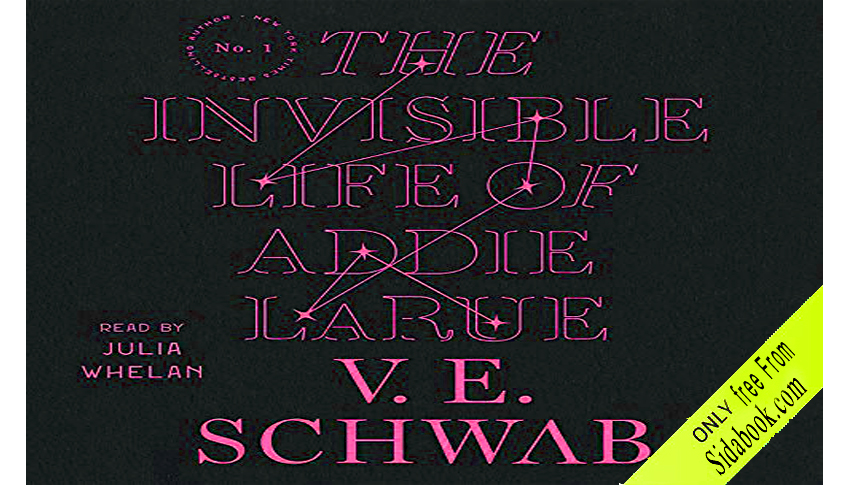 The narration has been performed by Julia Whelan. The idea is very interesting and her voice goes well with the story. There are not many holes in her performance.

A young woman in France makes a bargain to live forever. It is the year 1714. She does this in an act of desperation. Then, she is cursed to be forgotten by everyone that she encounters.

From that point forward, starts the life of Addie LaRue. It constitutes a journey through centuries and continents, leaping across history and time as a young woman learns the extent of the opportunity that has been rewarded to her. However, everything changes when she meets a young man in a bookstore that remembers her name three hundred years later.

The book can be slow to start for some people, but it develops quickly, however, a bit artificial. The story can be deemed both heart-wrenching and heartfelt at the same time. It can be said that the main character is a bit unrealistic, as who can be as melodramatic as her even after three hundred years. Her emotions are still very raw at this time in the novel. The character development at one point becomes too superficial and manipulative. This could all have been solved only if the main character had depth. However, despite all of that, the story of the book keeps it afloat.