The Assassin’s Blade is a fabulous fable produced by the author, Sarah J. Mass. It is a novel specifically for teens between the ages of 11 – 13. The book is o.5 of the Throne of Glass novel series written by the author. The narration of the book further makes it what it is and Elizabeth Evans definitely takes some good credit with her powerful narration in the success of this novel for teens. 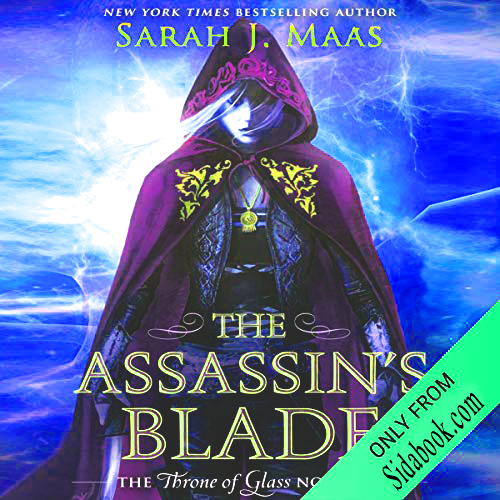 Celaena Sardothien is regarded as the most dreaded assassin of her kingdom. Celaena Sardothien trust just Sam, who is her fellow assassin on hire, despite being working for the most ruthless and powerful Assassin’s Guild. Arobynn Hamel, the scheming master of Celaena sends her on missions, which takes her from completely inaccessible islands to antagonistic deserts. She acts independently from the wishes of her scheming master, while challenging her own allegiance. She made a number of enemies and friends on her way and finds out that she has a lot more feelings for Sam, than just friendship.

But Celaena was risking terrible punishment for herself by ignoring orders of Arobynn Hamel. She was more in danger having Sam by her side. They need to risk it all, if there is any hope whatsoever to escape from the clutches of Arobynn Hamel. If they fail to succeed, then they would not only lose a fair chance to freedom, but both of their lives as well.

Heir of Fire and Throne of Glass are other epic novels by Sarah J. Mass, which are highly rated for their brilliance in quality of writing and creativity as well. Both these novels just like the subject one are intended for kids aged 13 and below.