One Minute Out is a spy fiction, adventure fiction, suspense, and political thriller novel written by Mark Greaney. It is the 9th book of the Gray Man series. It is followed by Relentless. This is another high-stakes thriller featuring the elusive and dangerous assassin, The Gray Man. This book debuted at #1 on the New York Times bestseller list. It is about Court Gentry tracking down a sex trafficking organization across Eastern Europe. It was the first novel of the series to be written from the first-person perspective. If you’re looking for more from the author, you can check out Mission Critical. 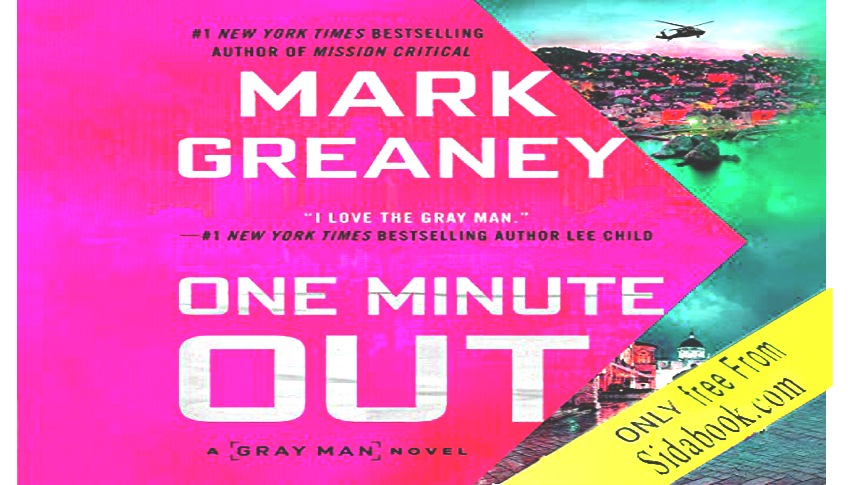 This audiobook is narrated by Jay Snyder. Since it is in the first person, it is hard to discern when the main character is thinking out loud and when he is talking to other characters. None of this is the fault of the narrator, however, as he has done a solid job once again.

Court Gentry uncovers a human trafficking operation while on a mission to Croatia. This trail leads him to Hollywood from the Balkans.

The CIA handlers have other plans, but Court wants to desperately shut it down. The criminal ringleader has valid intelligence that a potentially fatal attack is going to occur in the U.S. The CIA doesn’t want to move until they have that piece of information. Ultimately, it becomes a moral balancing act for the CIA, with Court at the dangerous pivot point.

This book is action-packed and moves at a decent pace. It can be stated as a bit predictable and unoriginal. The 1st-person-perspective is also not doing any favors for the audience. It made it even harder to comprehend the plot.