Julia Quinn is the #1 New York Times bestselling author of the romance novel – The Duke and I. She is one of the only sixteen members of the Romance Writers of America’s Hall of Fame. She has done her part to dispel the myth that smart women don’t read or write romance books. Check out The Viscount Who Loved Me written by her. If you want to read more, consider An Offer from a Gentleman. 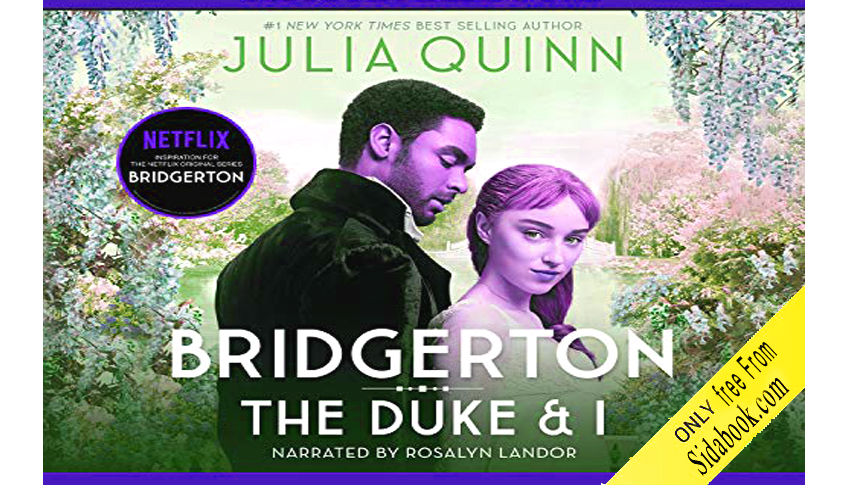 Rosalyn Landor is the narrator of this book. She adds personality and sympathy to the characters of the book. Her narration is almost flawless. There isn’t much to criticize her performance on. She is great with female and male characters alike, but her female voice is miles ahead.

Simon Basset has no plans of getting married. However, being the Duke of Hastings, he wouldn’t be short of proposals, considering the marriage-minded women of the town. To avoid this, he pretends to be engaged to Daphne Bridgerton. There is something about her though, that makes Simon’s heart beat faster.

As for Daphne, she clearly won’t be short on the list of suitors now that she is deemed desirable for a duke. As she roams ballroom after ballroom, she seems to forget that this whole courtship was a sham. And now, she has to do the impossible – stop herself from falling in love with this man that has sworn off marriage.

This is an interesting love story with polarizing characters. It almost seems like Daphne is manipulating the Duke. Some of her actions are not of noble intent. It can be deemed that she forced him to do all of this. She also forced him to do other things that are morally reprehensible.