Heretics of Dune is the fifth installment in the science-fictional Dune series. It is a bestselling novel authored by Frank Herbert which went on to be ranked as the no. 13 bestseller in the hardcover fiction category by the New York Times. You could also listen to Hunters of Dune written by Frank. Then, there are also Sandworms of Dune that you should check out. 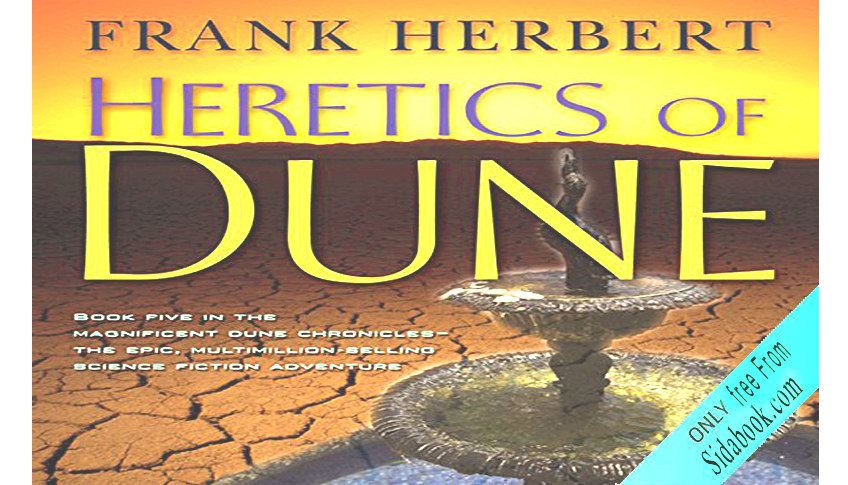 Simon Vance and Scott Brick are the narrators of this book. Simon has the major duties and he has done justice to his material. Overall, it is a wonderful audiobook to listen to.

It is set 1500 years after the reign of Emperor Leto. After his assassination, humanity is back on the Golden Path. Leto crushed the aspirations of humans for thousands of years and now they are scattered all over the place. Those who went away are now coming back, bent on one conquest. Bene Gesserit is the only one who can perceive the Golden Path. They are left with a hard choice; either to maintain their role of hidden manipulators and struggle for themselves or embrace the Golden Path and push humanity forward.

This book, albeit having more action than the previous ones, still is mostly about the characters and their thoughts and schemes. There are a few battles and fights but they are referred to after it has happened and not directly. The novel is similar to the previous ones in the sense that it has multiple political and religious plots. Since these books are set thousands of years apart from each other in their timeline, the author has to create new characters. However, there are a few themes that catch on, like there is always a character that is pulling the strings behind the scenes.