Magical Midlife Invasion is a humor, fantasy, paranormal romance, and urban fantasy fiction novel written by USA Today, Wall Street Journal, Washington Post, and Amazon Charts bestselling author K. F. Breene. It is the 3rd book of the Leveling Up series. If you’re unfamiliar with the series, you should start with the first one Magical Midlife Madness. Also, don’t miss out on Siege. 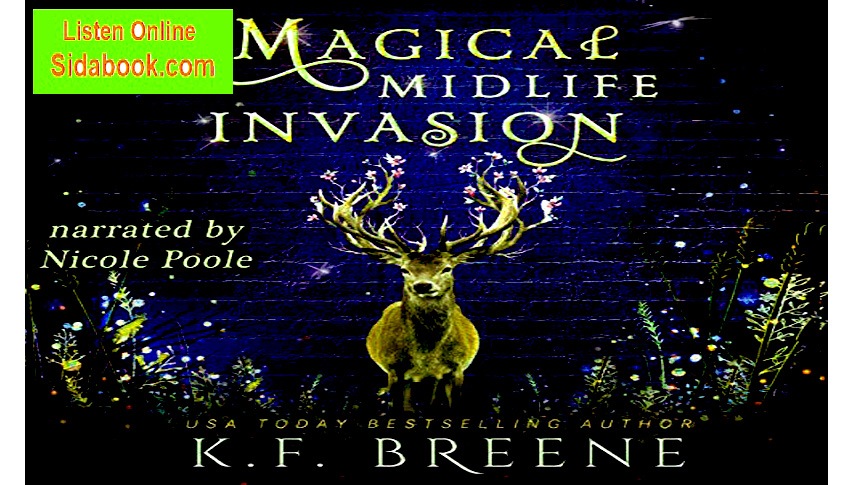 The narration of the audiobook is performed by Nicole Poole. She has taken care of varying the voices of different characters. Thus, it is easy to keep up with the story.

Jessie’s new life adjustment is going fine. The tough Austin has also joined her team. She has also learned to fly, albeit painstakingly. Life seems to be going fine. It’s not like things are about to get worse.

Except that they are because her parents have decided to visit. They have no idea about magic or Jessie’s new dig. They don’t know anything about the crazy crew living in her house. Now, she must do everything to keep them hidden.

It would have been easy if she didn’t know about the unfelt presence lurking within Ivy’s House. It seems like an enemy has bypassed the house’s defense mechanism. Now, Jessie knows she’s completely exposed.

The real battle isn’t with the incoming force; it is in fact between Jessie’s mom and Mr. Tom. Both are intent on being the most helpful. Mr. Tom isn’t happy he has finally met his match. Things seemed to have cooled off a bit. However, suddenly Jessie is back in the thick of it again, and escaping isn’t an option.

This book proves the imaginative and creative mind of the author. She is also a master of developing characters as they go through the ups and downs of the plot.